I’m at work and I’m suddenly very sad. My lawyer (my lover and the man I’m in love with but I’ve been denying this for weeks now, he loves me but isn’t IN love with me. He’s still getting over his ex, they’re in the middle of a divorce), who I also work with just left for his 2 weeks vacation. And I know this sounds extremely silly but I didn’t want him to go 😦

Lately all my emotions have been flaring up. From extremely intense rage to extremely intense sadness, panic attacks, you name it. I emailed 1of my 2 therapists (from my Schema therapy) and I told her that I really need a regular weekly therapist as well and that I didn’t wanna wait until they were both back from vacation in September. All these sudden flares are ruining me and I need to be able to function, especially for work.

I’ve been struggingling with all these mental things plus physical problems (a LOT), and it’s just doing my head in.

I’m at work now and as I watched him walk away to his car just now, I just felt this wave of sadness come over me. I just feel like crying. I have been bottling everything up that has been happening to me these past few weeks. Not allowing myself to deal with it because I’m afraid that it will cause me to break down and I won’t be able to function. But I’m reaching my boiling point. So I guess seeing him leave just brought up a lot of feelings and fears….

I am this close to crying right here at work… 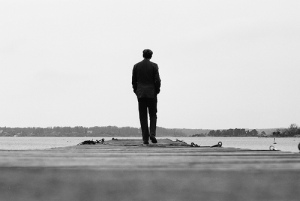 Today my sisters and I went shopping and we just baked a cake. We are about to go to the cinema to see Despicable 2 and then after that we’re having a BBQ with the neighbors. Unfortunately my mother will be present for all of this through out the entire day. But I’m quite good at ignoring her, even when we are in the same room, but I digress…

I love my sisters so much and I try to be there for them as much as I can. I don’t get to see them very often but they are always in my heart and mind.

The cake that I am baking is for my Grandmother, she said she wanted one, and what Granny wants, Granny gets! I love to make her happy! She’s the most important person in my life.

My sisters and their friend, helping me with the baking!

Taking my Grandma out for a little shopping trip and stroll! 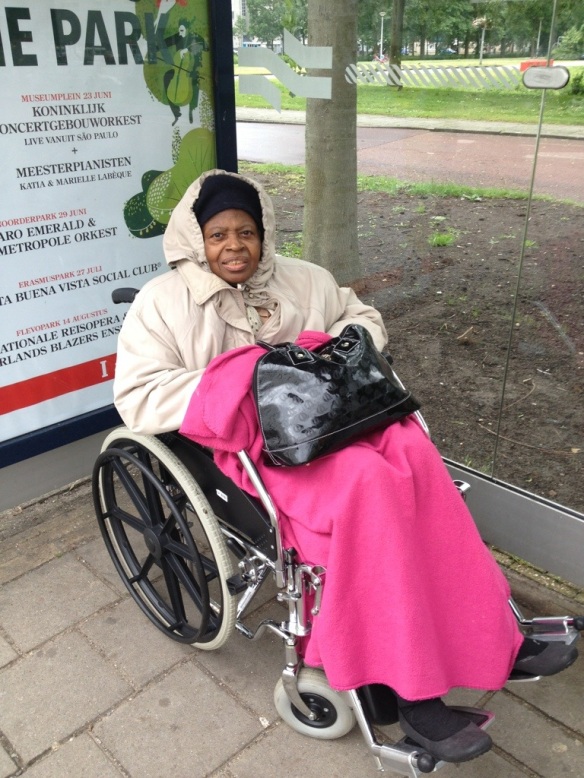 I think that for us the line between “obsession” and “being in love” is very blurry.

I’m currently experiencing an array of emotions and desires. And it’s been “haunting” me for quite some time now. It has intensified over the last 2 weeks. I am trying to figure out if I am “in love” with this person or if I am merely “obsessed” with this person.

I spoke to my best friend about it and she told me to just “go with the flow”. I had to chuckle because she doesn’t realize how extremely HARD that is for me. I also spoke to him about it (Pieter, the one I am having all these feelings for), and he said he didn’t know WHAT these feelings were and WHY I am having them. He told me about the same as my best friend told me.

I have known Pieter for years (since I was 15, I am now 23). When I was about 18 we really became closer and over the course of the last few months we have become even MORE close than we already were. We have had sex tons of times in the past, but we haven’t had sex with each other for like almost 2 years now. We’ve slept in the same bed together, hung out, but no sex. Our relationship had just evolved to a more “friends” kinda thing. Even when we slept together we were friends btw. We were never in a relationship, he was married at the time. He’s 45, I’m 23, in case that matters somehow. He is also my lawyer. Aside from being my lawyer he’s my Partner in Crime, my best friend, my lover, you name it. LOL. He is the one person (aside from my Grandmother), that I KNOW I can ALWAYS depend on.

I started working for him at his law firm in April of this year. So this means that I see him MUCH more often than I used to. We’ve always been flirty and close, regardless of where we are, even though we tone it down for the office. I will often go sleep over at his house, usually when I really need to get away from my family.

So lately I have been experiencing these really intense feelings (for him). I find myself constantly thinking about him. He is in my dreams every single night. In all my dreams he is portrayed in a “protective” way. That’s another thing, I’ve come to see him sorta like a “father figure”, so that’s why it also wigs me out that I am sexually attracted to him, whilst seeing him in that light, LOL. As I was saying, in my dreams (and in real life), he is very protective of me. So on the one hand I see him as protective and like a “father figure” and on the other hand I see him as a very attractive man that I am (sexually) attracted to.

Aside from thinking about him 24/7 and dreaming about him every night I have also been having these really strong urges when I am around him. Whenever I am around him I get this INSANE urge to just TOUCH him. No matter where or how. I just have to touch him. And since we’re in the office most of the time, I can’t exactly always just touch him. Everyone here knows that we’re friends and have known each other for years, but they don’t know about anything else. I also always find myself thinking of things to do/ways to make him happy. He told me that he loved brownies, the next day I showed up at work with a tray of brownies that I baked. Just to see that smile on his face.

He is also the ONLY man in my entire life and that I have ever encountered that sees me for more than just a body and wants more than just sex from me. And whenever he sees/talks to me he will say (with this amazing smile on his face and an equally amazing voice), “hello sweety” or “hello my love”. And every single time I completely melt inside. The way he makes me feel is just… amazing I guess. I LOVE the way he makes me feel, I LOVE being around him, I LOVE talking to him. He never rejects me, he doesn’t talk bad to me, he does anything he can to make me happy. And mind you, I’m not in a relationship with him, we are just very close friends.

So I have really been struggling with these feelings as of late, because I really want to know what it is/define them. I have to define things, it’s how I am (and always will be). I don’t know if I’m just obsessed with him or if I’m in love with him and it’s driving me absolutely bonkers. I told him about all of this and he doesn’t know either. I do know that he feels the same way about me. We’ve never ever discussed being in a relationship together and I’m a bit scared to bring it up, so I probably won’t bring that up unless he does.

What is this, obsession or love?